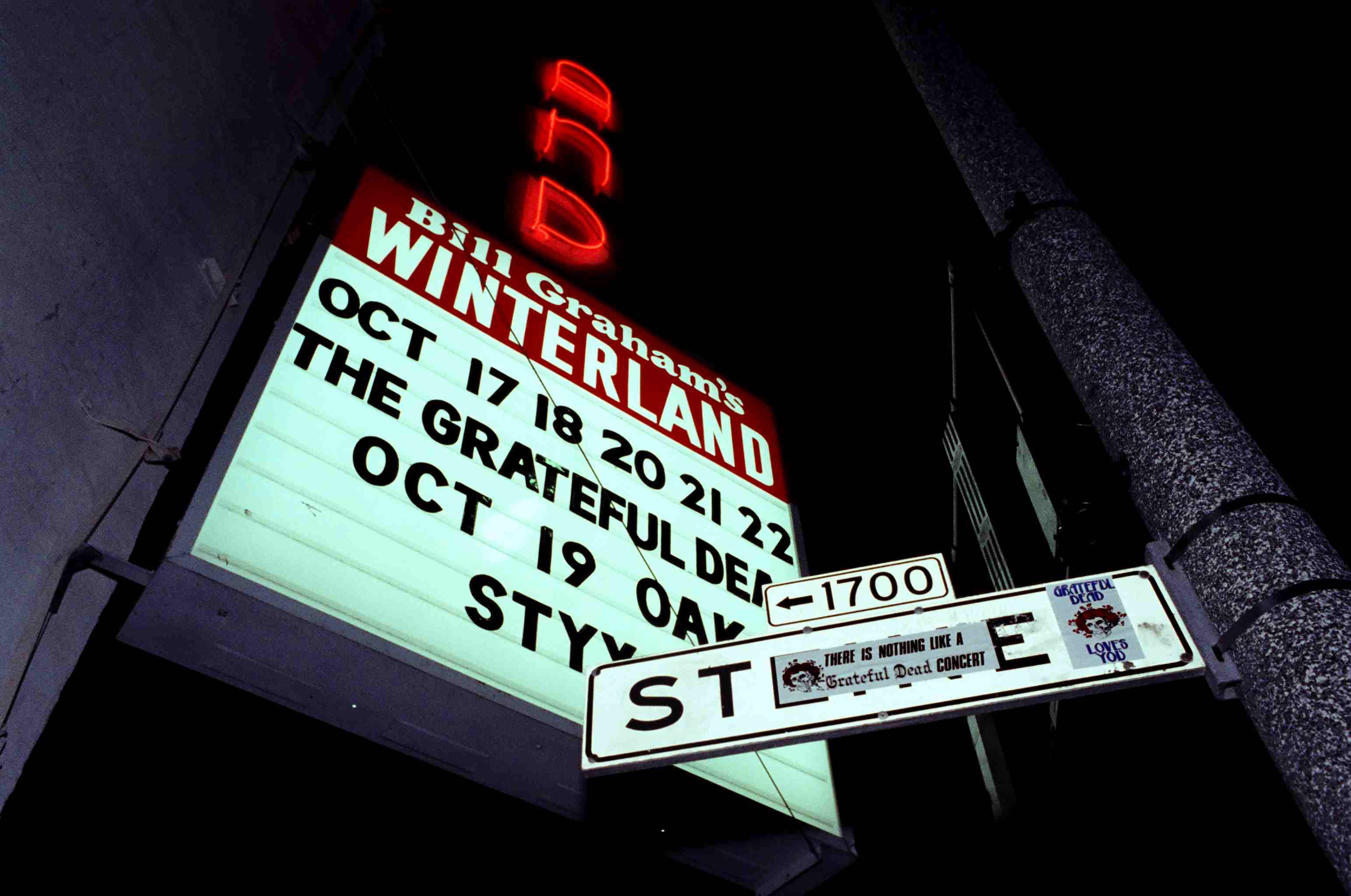 Bertha-> Good Lovin', From The Heart Of Me, Ship of Fools, Samson & Delilah, Terrapin Station > Playing In The Band > Drums* > Space* > Wharf
Rat > Truckin', E: I Need A Miracle

*with Lee Oskar on harmonica

The second night of the final Winterland run: the shows with the Egypt slide projections. Good songs are scattered throughout the run, but if you want more than that start with the 21st.

First Set. Sugaree starts hyper, and even speeds up. Gotta love the extra punch, but this sounds like half experimental/half soundcheck practice. Big River is better but Peggy-O is the first one completely smooth. That sets up for a wonderful Looks Like Rain: Jer adds no small amount of color and Donna is good. Stagger Lee is the 5th one ever. It's good but the next night is the first ace (somebody get Bobby a Theremin). Candyman is no slouch, but not the tightest. Music Never Stopped is a centered, thrilling version.

Second Set. Bobby teases Good Lovin', but it's a Bertha opener first. They sound tired and never regain the sparks of the first set. From the Heart of Me is the 2nd one ever. It had been a couple months since it premiered, and this time they tried it in the second set (gearing up for the album release next month), still with slightly rickety results. Ship is mostly saved by the solo and the tempo. Samson is better, but on Terrapin, Lady with a Fan trainwrecks and never really recovers until the end of the final jam. Playin' is still grappling with that recovery, and it's soon just Jer and the drummers. About 5min10sec into Drums Lee Oskar adds harmonica. About 3min into Space there's a Mind Left Body jam. Phil joins, and after 30sec Bobby changes up to a Mojo Workin' jam. Jer immediately veers toward him, but then touches MLB again. Jer commits to a hybrid, and Bobby then switches down to MLB as well. This happens for another cycle, with variations, and then it evaporates just as quickly (when, after 3min of this, Jer starts to tease the Asus2 of Wharf). A kewl, must-hear-once section. Wharf itself is tired, though the middle jam is okay. Truckin' ain't the tightest either, but it has a nice enough section, after 9mins, when hints of TOO sneak in. Seeing that this leaves 'em happy, they call it a set - though it sounds like they didn't leave the stage before the encore. Miracle is the 6th one, but the previous night has the first great version. It's not as magical here - turns out this slot wasn't good for what Bobby has to bring on the vox.